There are 5 teams in this league so we have a total of 4 games to play. So far the below games have taken place:

Sutton Courtenay vs Stanford in the Vale 1-1

This means with 4 points for a win and 2 points for a draw that we have 10 points so far and are placing well in the league. We still have one game to play against Thomas Reade although with current suspension of all football we are unsure when this will be played.

Congratulations to our football team who won 2-1 today (10th February) against Marcham. This was the second game in the Vale of the White Horse small schools’ league. The goals were scored by Ashton and Aurin in an exciting first half. It was beautiful sunshine but bitterly cold, but nobody seemed to notice. We are very proud of them. 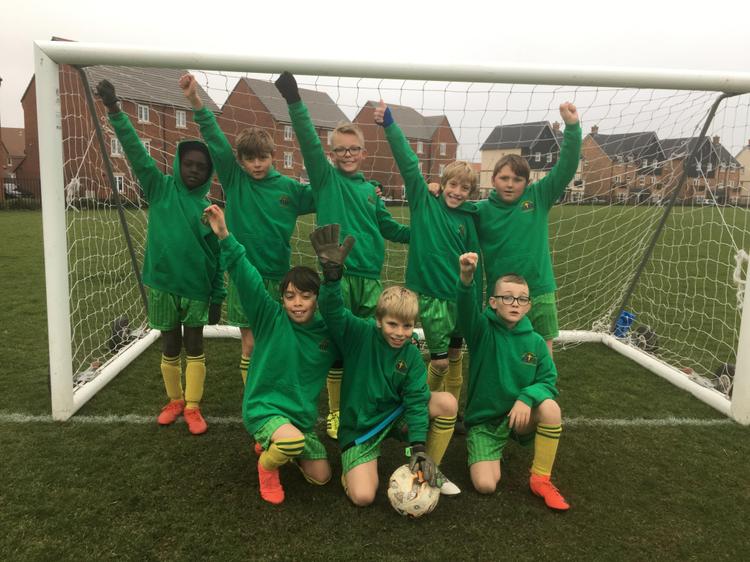 Well, what a start to the season. Having had a quick training session together last week, today (21st Nov) we went to The ESFA Small School's 7 aside Tournament. We played 4 matches in our group, we won 2 and drew 2 which resulted in us winning our group! In the final, we played the winners of the other group, Sunningwell, who were undefeated. After a 14 minute game the score was still 0-0 and went to penalties.... and we won!!

Throughout the whole tournament we didn't concede a single goal but most importantly we showed real team spirit and a positive attitude. This wasn't a tournament which ended with medals but instead it gave us qualification into the Oxfordshire County Finals, which will take place in the new year. This is an amazing achievement and very exciting for me,  as in the 10 years I have managed the school team, we  have never won a final let alone reached county finals! Well done team and thank you - Mrs Knight

On Wednesday 2nd October Mrs Knight and Mrs Crump took 14 Year 5/6 children to the Abingdon Cross Country Competition. Following a lot of rain the course was challenging with muddy slopes and squelchy puddles, as well as being 2km.

The children represented our school, showing exemplary behaviour, determination and support for one another. All children completed the gruelling course and even managed a smile! With about 100 runners in each race we were proud of all our competitors but a special mention goes to Josh (Yr6) and Val (Yr5) who came in the top 15!